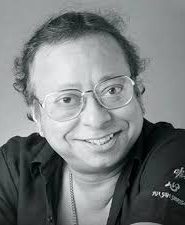 It is said that very often a sudden disruptive element changes the course of history. For the better. In Hindi film music, nothing can justify the statement more than the advent of R D Burman,

RD, or Pancham da has gone beyond being just another great music director like Madan Mohan or O P Nayyar or Shankar Jaikishan. He has become a cult figure with a film based on his life, Jhankar Beats, hitting the Box Office hard.

Being the son of S D Burman was certainly a genetic support but after assisting him for a few films, he branched out on his own and the music was just so different not just from his father’s but every music director in the industry.

That was RD and today, years after his death, the “new” music is RD.

On his birthday today, he was born on 27th June, 1939, we are not listing and talking about his success story. We are talking about a phenomenon. An enigma.

When you look back and think that in the short life of 53 years he actually single handedly transformed an entire generation and his ethos still continues even today, you realise that he was much, much, more than a music director. Actually, he gave the youth of this country a philosophy. A new direction.

Sad, he was discarded by the industry towards the end of his life, but he had reserved his swan song which was released after his death.